Over the last five years, the former Rugby Radio Station site has been transformed into the new village of Houlton. A community filled with new homes, schools and plenty of green, open spaces.

Davidsons Homes was the first housebuilder to start work on the development – which is being led by master developer Urban&Civic – in 2016 and in that time has built 254 new homes, helping to shape the new community during its formative years.

Five years on, the housebuilder – which continues to provide new homes at Houlton – is looking back on its history within this new village, and how the site has been transformed into a new community. 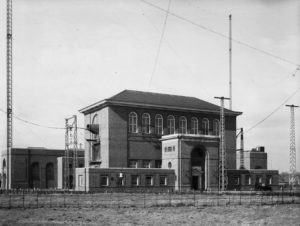 Known locally as the ‘mast site’, the land that is now Houlton was once home to the former Rugby Radio Station, located on the eastern edge of Rugby.

The station’s 820ft masts helped the country lead the way in telecommunications during the 1920s, and in 1927 transmitted the first transatlantic call to a town called Houlton in Maine. 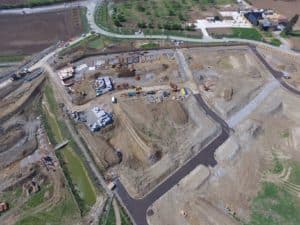 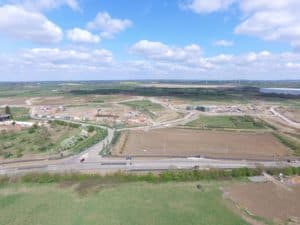 Following the removal of the final masts in 2007, Urban & Civic along with Aviva Investors began to embark on the first stages of development for Houlton, with a vision to create a new community of 6,200 new homes and a range of facilities including a new school, a health centre and lots of green, open space. In May 2014 outline planning permission for the scheme was granted.

Davidsons Homes was the first housebuilder to come aboard the project and in July 2016 received planning permission to build 105 homes on the site. Work on Dollman Meadow, which would introduce a selection of three, four and five-bedroom homes to the village, started in October 2016.

At this point, Urban&Civic had started work on the Dollman Farm community hub, and construction had started on a new roundabout off the A428. 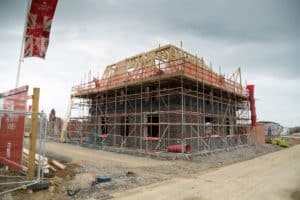 In the months that followed, Davidsons Homes continued work on the new homes at Dollman Meadow. By April 2017, the development was beginning to take shape, and the housebuilder released the first homes for sale.

During this time, work to deliver the wider Houlton masterplan was well underway, and Urban&Civic had begun welcoming other housebuilders into the Houlton community. The Tuning Fork café had opened its doors, along with the other community facilities at Dollman Farm, and work started on the new Houlton link road, Houlton Way. 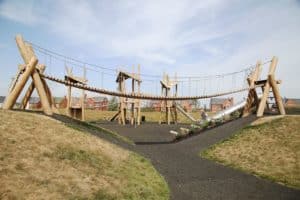 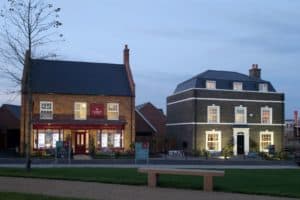 By the end of 2017, Davidsons Homes had welcomed the first residents to the development and had opened the doors to its five-bedroom Newstead showhome.

As Houlton began to take shape, many house-hunters were drawn to the new village because of its community feel. As the first residents began to settle in, and the Dollman Farm facilities began to grow in popularity, Houlton became an ever-more desirable neighbourhood.

Plans were now underway to create a new secondary school, which would transform the Grade II-listed building which once was home to the Rugby Radio Station into Houlton School.

The end of the beginning (MISSING A PHOTO) 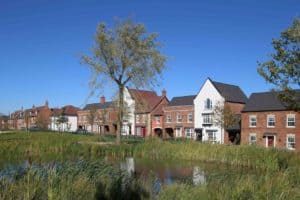 The final homes from Davidsons Homes’ Dollman Meadow development were sold and occupied at the beginning of 2021, almost five years after construction work started at the site.

The housebuilder is making headway with its second development, Houlton View, which is set to see 154 new homes brought to Houlton, 149 of which have already sold. Davidsons Homes has also started work on its third phase of homes, which will see 69 new two, three and four-bedroom houses brought to the village, committing the developer to the growth of Houlton until 2022. By this point Davidsons Homes intends to have provided homes for more than 328 families in Houlton.

In the wider Houlton scheme, the 1.5-mile link road, Houlton Way, which connects Houlton to Rugby town centre  has opened almost five years ahead of schedule, while Houlton School is set to welcome its first intake of pupils this September.

There are now over 500 families who have made Houlton their home, and a new Co-operative convenience store and nursery are due to open this autumn building on the early success of Dollman Farm as a focal point for the new community of Houlton.

This is all still just the beginning of the Houlton masterplan, and more homes, schools and facilities will continue to be introduced to the community over the next 10 to 15 years.